You are here: Home / / Conflict resolution / The (mis)use of subtext 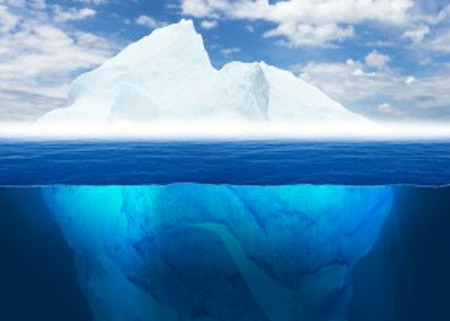 Subtext are cryptic comments. People in long-term relationships, such as long-term business partners, use it a lot. This is partially functional. Over the years they have learned about each others’ allergies and sensitivities and they know that certain matters should not be dealt with directly. It can harm relationships though.

Think of two founding partners of a legal office. One partner is at the office almost daily while the other partner, who lives at quite a stretch from the office, is gradually making less effort to travel there and instead works from home. When he does come into the office both partners do not discuss this, not wishing to revive the heated debates they had at the time when they decided on the location of the office. The partner who does live nearby and comes in every day is nevertheless frustrated that he has to manage the office by himself. At the end of one of these rare days when they have both been at the office the usually absent partner is about to leave and says: ”I’m off. I’ll keep in touch about when I’ll be here next”, to which his frustrated partner replies: ”Sure that’s fine. See you next month.”

This covert way of communicating is one way to ventilate your dissatisfaction. It is saying something without really saying it. That’s why subtext can also be given without using words. In fiction this is a technique known as ‘Showing, not telling’. Leaving an empty chair between you and the colleague who irritates you when attending the monday morning meeting is just as meaningful.

The risk of subtext is dual. To start with, the habit of using subtext can become so ingrained that you are no longer conscious about using it. The second risk is that issues that should be dealt with directly are so caught up in subtext that it feels impossible to actually have a conversation about them.

This is particularly clear while dealing with conflicts. In the business context I operate in, people will talk about everything except the real issue. And while it is often deniability on their part it is also true that people simply are not conscious of the real issue. As a mediator my first mission is to help conflicting parties get clarity on their issues and address them. That is a difficult but necessary task. Parties can not start thinking about a solution as long as there is no real clarity on the underlying issue.

That’s why one of my tools to get to the heart of a conflict is to pay close attention to subtext. The facial expression or body language of the person who is speaking or of the person who is being spoken to tells me that there is a hidden meaning to look out for. My intervention consists of asking clarity on the real meaning by asking:

What exactly do you mean?
Why did you chose to use that word?

And then my question will be:

What is it that is really troubling you?

Confronting the person who spoke with the subtext of his words can make people acknowledge the underlying problem to each other and open up a conversation about it.

To heal, restore or reinforce any type of relationship confrontation is not only useful but necessary.

How to use non-violent communication
Scroll to top