You are here: Home / / Cultural differences / (un)Happy in Paris 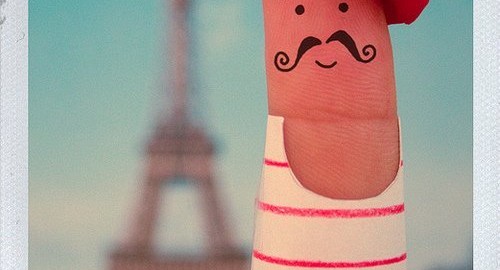 One of my close friends moved to Paris last week with her husband and their children. The much romanticised city is not far off and accepting a promotion abroad seems like an opportunity. On top of that both of them are fluent in French: piece of cake right?

Erasmus claimed to be a worldcitizen and that was allready six centuries ago. Having lived in Brussels my friend will happily say bonjour at every encounter in her new resident city and I’m sure she’ll know better than to walk into a restaurant demanding dinner at 6pm while wearing shorts.

And yes changing jobs is always tough but doesn’t it also demand a lot of flexibility and energy when you do so within your own country?

Relocating IS a big deal

Work responsibilities and the relationships you have with superiors, subordinates and colleagues change with every job or career change. To make sense of any new role your old job proves an anchor. But when performing the new job in another country, the old anchor may prove pretty unuseful, even within the European Union.

The stressful anticipation of a new job is amplified in a foreign environment where values, norms, rules and customs differ.

Add to this that according to studies expatriates are likely to perceive their assignments as meaningful, their responsibilities as large, and the feedback they receive on the effectiveness of their activities or performance as inadequate and you can see why it is called a challenge (Bird and Dunbar (1991), Getting the job done over there: Improving expatriate productivity. Natl. Prod. Rev., 10: 145–156).

The support offered by employers is merely  logistical (think of health care, housing and at best language training). Since my friends have bought a house in Paris and speak French they feel that the biggest challenge will be tackling French administration and finding good child care and schooling. But neither one of them is prepared for the emotional and psychological process that always accompanies emigrating.

Our identity is less flexible than we assume. All of us have culturally defined ideas about professional or social behaviour that have shaped us.

When based in a foreign country, your ideas will collide with the local behaviour and that leads to stress. That’s why an expatriate needs a variety of cultural adjustment skills to help them make their way through the cycle of readjustment.

It goes for France too where everything must be done comme il faut, an expression that applies equally to getting a massage, addressing a teacher, filling in a form and stuffing a duck. A faux pas is met with a silence, or a pained glance away.

And the French mix of hierarchy (including a high power distance) and rationality versus the importance of sociability (greeting neighbours, discussing topics not related to the job) and autonomy might be confusing too.

When relocating you question not only the foreign notions, you are challenged to redefine your preconceived notions and the conception you have of yourself.

Consequences of a failed readjustment

Employers focus on the substantial benefits of expatriation businesswise, such as the enforcement of corporate interests in vital markets, and so they assume that the readjustment will be succesful both for you as for the company.

In the event that a readjustment abroad proves unsuccesful for whatever reason whose loss is it?

Is it my friends loss? Or the loss of their young children? Not necessarily. Even if irelocating proves unsuccesful the kids may have picked up a new language and my friends may have grown closer as a couple in the absence of a social circle.

It are definetely employers who play a losing hand if they don’t prepare or counsel their expats profoundly.

In an article in the American National Productivity Review the authors calculated that the financial loss a company suffers amounts when an expatriate is failing to be get the job done abroad amounts to $ 40.000 tot $ 250.000. That estimation does not include intangible losses such as business opportunities or goodwill gone to waste (Bird and Dubar, 1991).

Most internationally based companies don’t provide cross-cultural training and stress-reducing coaching or mentoring. Looking at the losses they risk, you wonder what is keeping them from doing so.

Say what you mean. Do what you say.
Scroll to top