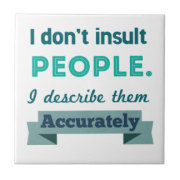 Insults are not always clear cut. In a boardroom or staff meeting insults may sound different because people claim to be professional. There is a way to tackle hidden powerstruggles though. One strategy is to be more aware of relational messages.

In the Netherlands and in Flanders a common way to open your arguments these days is by saying ‘Met alle respect, maar..‘ which means as much as:

‘Met alle respect, maar..‘ became a much used expression in Dutch politics and on television and has also been embraced by the corporate world.

These people claim they respect you, but do they?

Not a sign of respect but an exercise of power

Since these expressions are used in such a contradictory way one starts to wonder why they’re being used at all.

Paul Watzlawick offers an explanation. He developed five axioms (regularities) on which all communication is based. His Second Axiom describes accurately what comments like ‘Met alle respect, maar‘ or ‘No offense but ..‘ really imply.

Every communication has a content and relationship aspect such that the latter classifies the former and is therefore a metacommunication.

It boils down to the fact that all communication includes more information than purely the literal message. What it also contains is information on 1) how the speaker wants to be understood and 2) how he sees his relation to the receiver of information. This is the Relationship Message.

According to Watzlawick – and given my experience as a mediator I agree with him – relationship messages are always the most important element in communication.

So what is the relationship message when you start your phrase with ‘No offense but..‘? Its message is that the speaker does not wish to be contradicted (you ‘can not’ be offended) because he or she sees him or herself as the more significant party.

In other words it is a disguised form of power play.

How to address this particular form of disguised power play

Relational messages in the form of ‘civilised’ insults can really harm relationships if they are not addressed,

If a business associate, a client, a colleague or a supplier is putting you down with nasty comments starting with ‘No offense but..‘ it may seem difficult to tackle. To deal with these comments effectively you will have to address the relational message.

As a rule of thumb wait for three signs of power play. The first time the speaker may have explained himself badly, the second time you may have misinterpreted what you heard, but the third time it is high time to act on it.

These are examples of replies aimed at addressing the relational message:

Addressing the relational message opens up a dialogue about the core issue.

By replying with a question about the relational message you leave room for a dialogue. If the speaker was not conscious about insulting you or realises that in fact he or she is not in a position to criticise you, you are leaving room for the speaker to correct himself.

In any case, following one of these replies, the speaker will be educated about the fact that you do not agree that he or she holds any power over you. Also the speaker will have to back up the criticism.

It may seem like a lot of effort but in an ongoing collaboration these interventions are well worth the effort. Not tackling power play will cause miscommunications that escalate into conflicts. Addressing the relational issue will set a collaboration straight and rebost your energy levels!