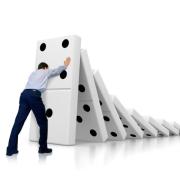 Are you caught up in a troubling situation or a tiresome collaboration? Not to worry, you can turn the tide. At least if you use the right de-escalation techniques. They needn’t be complicated. These 10 best practices will do the trick.

As soon as irritation kicks in we generaly react in one of these natural ways:

Beat back – this is precisely when a disagreement escalates into a conflict.
Give in – this might save the (business) relationship but in most cases it does not meet your interests.
End the collaboration – this should be a last resort as a breach alomost always has (financial) consequences.

Whatever automatic reaction you or I give in to, none of it serves our interests well.

Here are ten proven techniques to reduce friction and tension while keeping your eyes on your interests too.

These ten interventions are highly effective to reduce friction and restore difficult conversations or collaborations. In fact they all boil down to biting your tongue and doing what’s effective instead.

And since we are alle human and all have expectations, hopes, allergies and pride their effectivity is not limited to the business situation. So do feel free to try these at home. 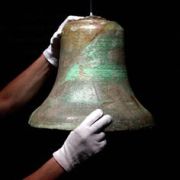 An effective way to avoid the escalation of a conflict is to detect any problem in an early stage. It sounds fairly easy and yet many companies and organisations fail to do so. Does that sound familiar? The next examples may encourage you to immediately call on a problem next time one arises before your eyes.

What the Japanese can teach us

In 2008 Toyota reached a worlwide number one position in terms of carsales. Toyota managed to produce better and cheaper cars with the use of less resources. How is that possible? An important part of their strategy was to hang a bell on the production floor and encourage all employees to ring it as soon as they detected a problem. Once the bell was rung all production stopped until the problem was truely solved.

Toyota brought the world what is called lean manufacturing: here the focus is with the reduction of muda (work that adds no valua), muri  (overload) and mura (variation that leads to the waist of resources).

Toyota encouraged employees to challenge their workroutines. Also heads of units created the safety that is necessary for teammembers to speak up and share their concerns. Both elements resulted in impressive progress.

If you ask me Toyota’s success is due to the whole new outlook they have on permanent improvement through permanent feedback. It is the enhancement of communication that made teams speak up and had different units working together. In an company that is truely Lean, the opinions of all employees are valued. And management is as involved in change as the employees are. That come to that point leadership must be encouraging and not imposing and teams must have the freedom to work autonomously and share responsibilities. To make room for feedback to leading to the enhancement of services or production employees must feel they know why they’re doing what they’re doing.

Applications in Amsterdam and Deurne

Last week I held an expert session for the founders of start-ups at Rockstart Accelerator Programma in Amsterdam. This programs facilitates start-ups during an intensive period of 150 days. Time is ticking for the founders and so the changes and challenges during that time are huge and sometimes overwhelming. No wonder that for some of them the pressure causes fall outs between co-founders.

While speaking to them about the Toyota story (and trying vainly to scetch a bell on the flip over) the group reacted immediately. From the head nots and comments it was clear that the story about the difficulty of allowing problems to be detected and discussed in an effective way proves a problem for companies of all sizes.

At the end of the session one of the founders approached me saying that the Toyota story I had shared with them inspired him to organise weekly team meeting in which he will ask his team to share one of two concerns they have for themselves or the company. And to encourage them to actually do so he wanted to start by sharing his own concerns.

Later that afternoon I came across a blog on lean and healthcare and I read how a general practice in Deurne (Belgium) has two glass containers on the counter. One has white marbles that are thrown in everyime a patient compliments the practice or expresses gratitude and the second container hols orange marbles thrown in at every complaint received from patients. It proves to work as a stimulus for the practice to evaluate both compliments and complaints two weekly and to the patients the marbles symbolise the imprtance of patient centeredness to the pratice.

Detecting problems and resolving the issues

As a start try to think of ways in which your colleagues or team members can detect and express problems. But don’t forget that it is equally important to think of schemes on how to also solve the problems that arise (and get to the root of the problem). That takes extra fast decision making and room (read: time and money) for experiments. And it goes for big projects as much as it does for every day problem solving: it is crucial that management sets an example by getting involved and speaking up.

Do you want to facilitate your team but do you struggle to overcome reserves and resistance? Get in touch with me for advice of sign up for one of my workshops on conflictmanagement.