How can you turn your adversary into a collaborative partner and overcome difficulties? As a mediator but also in my personal life I use the Breakthrough Method to transform conflicts. In this article I illustrate how you can do so too!

In my last article I told you about a conflict I recently experienced with a fellow mediator. At the root of the problem were assumptions we had both made about the way we would financially settle the mediation. Given my irritation with not getting paid at all I was close to:

Beating back – becoming unyielding myself: which is precisely when an argument escalates into a conflict.
Giving in – by letting go of my wish to get paid: this might save the business relationship but would certainly not meet my interests.
Ending things – this is always an option but should remain a very last resort: a breach always has its consequences.

Whatever automatic reaction I’d give in to, none of it would serve my interests well. I needed to think stategically. That means it was high time to turn to the Breakthrough Method.

The Breakthrough Method (I’ll refer to it as ‘the Method’) was developed by  William Ury. Mr. Ury is an inspiring mediator aswell as the director of the Program on Negotation at Harvard Law School. He developed five steps which will lead to ‘Yes’ even in very difficult circumstances.

Cool off and try looking at the scene from a distance. You can allow yourself to do so by suggesting a coffee or toilet break during a difficult meeting, you can decide to ‘sleep on’ a proposal or you can postpone answering an e-mail untill the next day. Cooling off will allow you to see clearer what it is that you and the other person risk to win or lose.

Once I had allowed myself to cool off, I realised that ending the collaboration with my fellow mediator at this point would leave a bad taste in my mouth for years, as would giving in. This insight motivated me to e-mail my colleague suggesting a conversation by telephone about our differences later that week.

Step nr. 2. Go stand next to the other person

Look at the discussion you are facing from the other persons perspective. Why would he feel so much resistance?
Looking from the other side of the spectrum there may be things that make sense or that you can even agree with.

Looking at the discussion from the perspective of my fellow mediator I realised that I had not insisted on setting the terms on which we would settle the deal financially either. I no longer felt that I had been ‘set up’, but I realised that we had been equally vague in expressing our financial expectations towards eachother.

When preparing for the phone call I wrote down a couple of things in which my colleague had been reasonable or just. At the very beginning of our conversation I told her all the points on which I agreed with her and I also told her how her point of view made sense from her perspective. While I was doing so I sensed her defensiveness wiping off. That gave me the courage to tell her ‘I feel we lost track of eachothers ideas and needs when it comes to the financial settlement of our collaboration’. Having said that out loud I had to come across with my point of view but could do so at a point when the tone was no longer harsh.

Before you say ‘no’ to what the person on the other end is saying, lean in closer and ask questions. As soon as he or she notices that you are prepared to listen to their point of view you regain their trust in you. This allows you to turn the argument into a brainstorm.

As you try to learn more from the other persons context ask: ‘Why do you feel so strongly?’ or ‘What is it that you need to take into account?’
Then return the favour and inform the other person about your motives and limitations. You can also ask: ‘In you were in my shoes, what would you do?’

I told my fellow mediator that I had taken up extra work during our collaboration thinking it would get paid for and explained some of the work I had done outside of the meetings. When she said that she had not gotten all of her work paid for either I asked her for advice: ‘How do you suggest we settle this in a way that I am not the only one taking losses but no gains?’

Note: Even at this stage people may still retreat to bullying. In such a case, there appears to still be some distrust left. Don’t lose heart. Act as if whatever was said was meant in a constructive manner. That helps.

At this point in time you have managed to set a good climate for negotiations. Now keep your interests in mind and continue to be patient. Pressuring the other person to agree to a deal you have come up with won’t work. To reach an agreement the other person will have to be a part of the solution.

In my own conflict I built a golden bridge by suggesting we’d decide on the financial settlement based on a proposal my fellow mediator could come up with. This approach offered two advantages: she regained the control she was looking for and I regained my trust, because whatever share I’d get, it would come from her and not me.

Step nr. 5. Use your power to educate the other person but don’t let it escalate

Maybe the other person does not realise what the cost is of the disagreement. If you have trouble reaching a final agreement it is up to you to educate him about the consequences. Once again, threatening won’t help, asking questions will, such as:

If these questions don’t lead to a breakthrough, W. Ury proposes saying:

‘I’m sorry to say this, but it seems like we will not reach a mutually beneficial agreement any time soon. I probably have to start looking into my alternative options. Nevertheless I still prefer to come to an agreement with you so if anything changes and you see a way for us to make this work do call me at any given moment and we can give it another try.’

In my own conflict there was no need for this last step. After my colleague came up with a financial proposal we reached a mutually beneficial agreement. When, ten days later, I had not received any payment from her, it only took a short e-mail referring to ‘our’ agreement. Tackling our disagreement while using the Method proved succesful!

Do you find yourself in the midst of a disagreement with a client, business partner or neighbour that could turn into a conflict?
Apply these five steps to turn a heated debate into an outcome everyone can benefit from.

Still struggling or in need of help to cool off or build a bridge? You can contact me at any point in time. 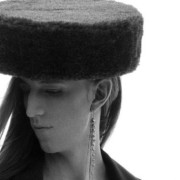 ‘The origin of all conflict between me and my fellow-men is that I do not say what I mean and I do not do what I say’: it is beautifully put by Martin Buber and it is spot on. I sinned against it recently and suffered the consequences.

People often ask me whether I lead a conflict-free-life as a mediator. I don’t offcourse. Just recently, an inspiring collaboration of mine turned into an argument that almost escalated into a conflict.

I was contacted by a fellow mediator with whom I had already collaborated in the past. She told me that she was about to take on the mediation of a dispute between more than thirty people and asked me to join her. I said yes right away. I hadn’t yet conducted such a group mediation before and our earlier collaboration had been successful. And last but not least, I really like and value her as a person and as a mediator.

Agreements about the financial investment by all parties are settled during the first mediation session. It was clear that the lead was hers and what my colleague told me before hand was that she wanted to pay me for any work I would take out of her hands. We didn’t agree on a fee, but she suggested to agree on what was ‘reasonable’ later on in the process.

After one of the mediation sessions we went out for dinner and talked about many other things beside work. When the check arrived my colleague wanted to pay my share too. When I said there was no need and offered to pay my half she insisted that it was only ‘reasonable’ considering the work I had taken out of her hands. All of a sudden I realised she meant to say that a dinner was a reasonable remuneration for the work I had done. I was shocked. When I protested our intimate conversation turned into an unpleasant and unexpected negotiation.

I felt deceived. Why did she wait so long to specify what she felt would be a reasonable fee for my work?

But then again, I had waited just as long as she did. What was my excuse?

This is why the English expression To assume (ass-u-me), makes an ass of u and me is so true. Assumptions are the mother of all conflict. And the longer you wait to speak things through the more every one fills in from their own experience and alienates from the other person involved.

Yet discovering just how different our expectations had been and how they may have evolved in the process did not solve this issue. I still wished to be paid a reasonable fee and my fellow mediator still considered a symbolic fee a good way to go about this.

Did we manage to work this out? Luckily we did.

What I had to do was be my own mediator and apply the Break Through Method. These are the important steps of the Method:

In my next article you’ll read how I managed to solve this argument while using the Break Through Method, and I will teach you how you can apply the Method successfully yourself.

But for now, here is valuable advice: SAY what you mean and DO what you say.
It will save you from a lot of mishaps in your business and personal life.