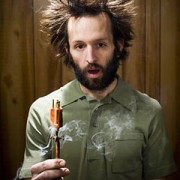 A Belgian friend of mine works as a researcher at one of the academic hospitals in Amsterdam. She loves what she does. The other night we talked about work over a home made dish of pasta. Surprisingly she was highly irritated and dissapointed with her superiors. Listening to her rant I realised that she is going through a culture shock.

My friends superiors want to reform the counselling of PHD students. In the process of the restructuring they asked my friend several times to give her opinion. When the new structure was presented it turned out to be radically different than any of the ideas she had put forward.

My friend had invested a lot of her time and didn’t realise now that that was only part of the input-phase. While she had been flattered to be part of the organisational process, she was now shaken by the fact that most of her input had been pushed aside in yet another consultation round.

As a result she was overwhelmed, frustrated and angry. In a feedback session my friend pleaded with her superiors to take a decision behind closed doors and let her be. In other words she is ready to give up on a project that had been very important to her. Her superiors were surprised and kept pushing for consensus, which only lead to more frustration on her side.

Listening to her I realised that my friend was experiencing a clash of work cultures.

When decisionmaking is top down a superior takes all decisions autonomously and is solely responsible for the outcome. In Belgium my friend wasn’t asked for advice by her superiors regularly, but when she was asked for her opinion her well dosed critique had a good chance of persuading her superior.

The process of decisionmaking in the Netherlands proved entirely different. Superiors who wish to find consensus on every single decision are very common. To non-Dutch (myself included) it might seem like all the debate does not lead to any decisionmaking and avoids taking responsibility. It is a risky and inadequate conclusion though.

In the Netherlands there are many key-players in the decision-making process. Long ‘Dutch debate’ leads to action taken at the top, but with constant reference to `the ranks`.

Dutch audiences are both easy and difficult: easy in the sense that they are hungry for information and good ideas, difficult because they are very experienced and not open to much persuasion by others.

But the Dutch do enjoy debate and even conflict. Anyone may offer an opinion.

As a result to being exposed to work ethics that differ significantly from your own work ethics you will most probably assume that something is wrong with them, with your colleagues or your superiors, in any case not with you.

The reason for that is that we tend to over-value our own culture. We think that our way of communication, decisionmaking or leadership is more natural, rational, civilized, polite or more effective. Because of the clash of both cultures we at the same time under-value the new culture and disapprove of it.

Like every other conflict, a framework (in this case Dutch work ethics) that you don’t understand or are not familiar with causes you to lose confidence in the person you are dealing with. And that is worth avoiding.

To get beyond the reactions of culture shock requires a self-conscious effort to understand the reasonableness of other people’s way of life or work ethics.

In the Netherlands negating ideas does not mean negating the person. So if your ideas lose their grounds at the office that does not imply that your colleagues or superiors will think less of you. You’ll simply have to be more convincing next time round.

My advice to my friend and to any other non-Dutch worker I coach: to see your ideas embraced by your Dutch employer you should back up your ideas with convincing evidence and try to have more endurance with give and take in the decision process. Accept that you are working in an egalitarian workenvironment that strives for consensus and that many rounds of debate consist of ‘give and take’.

Try to also accept that you may have a different experience having worked at a culturally different work environment and allow yourself the time to adapt. Realise that it is not a personal clash between you and your Dutch superiors, it is merely (work) cultures that are colliding!